Get Help For Gum Disease With Periodontal Care in Denver

Gum disease is one of the most widespread oral health issues in America. It’s estimated to affect about half of all adults, and it is the most common cause of premature tooth loss. However, with proper periodontal care, you can eliminate or halt the progression of gum disease and keep your smile healthy. If you notice blood when you brush and floss or inflamed gums, these are signs of gum disease and it’s important to schedule a consultation with us right away!

The Benefits Of Periodontal Care 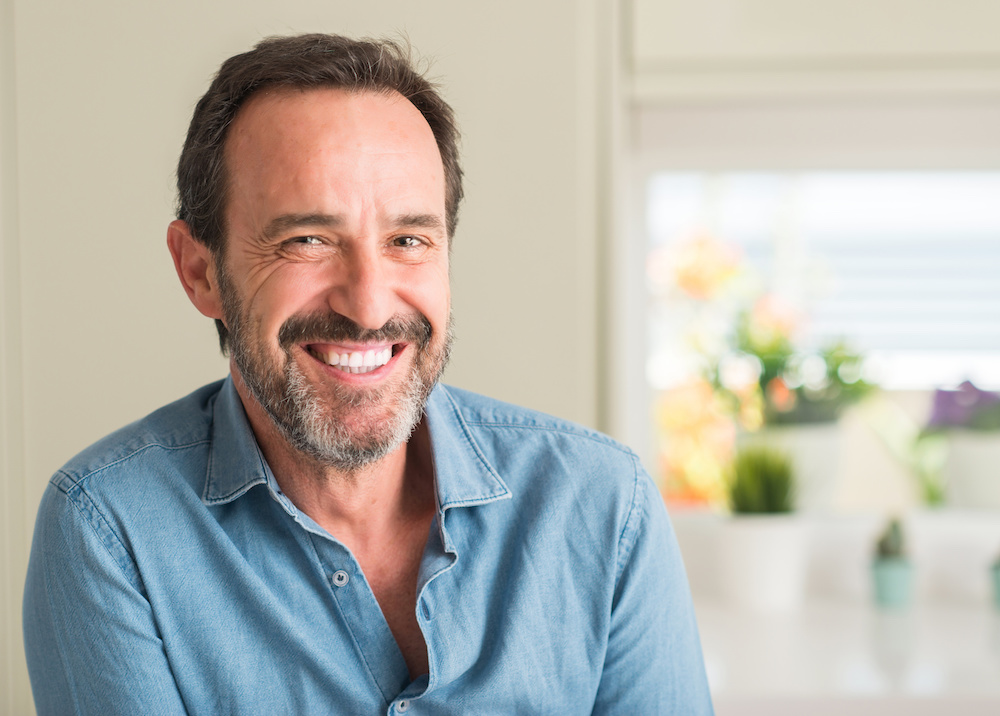 At OG Dental, Dr. O’Grady offers caring, gentle periodontal treatment in a judgment-free environment
What Is Gum Disease, And What Causes It?

Gum disease is an infection of the gums and is caused by poor oral hygiene, though many risk factors are involved, such as genetics. Without proper oral care, bacteria, plaque, and tartar will begin to build up in the spaces between your gums and teeth.
‍
Eventually, this results in gum disease when the bacteria begin to infect and attack your gums. Initially, this only causes minor symptoms like gum swelling and discoloration. Without proper treatment, though, this will eventually result in serious, irreversible damage to your gums and teeth.

Is Gingivitis The Same As Gum Disease?

Gingivitis is the term that is usually used to refer to the first stage of gum disease. In this stage of gum disease, the gums have become infected and inflamed, but no permanent damage has been done. With proper periodontal care, such as a deep cleaning from Dr. O’Grady and better at-home oral hygiene, gingivitis is completely reversible and will cause no permanent damage.
‍
Once gum disease progresses past this initial stage, it is not reversible. The later stages of gum disease can be controlled and the damage it causes can be minimized, but it can never be completely eliminated. You’ll need regular periodontal maintenance treatments for the rest of your life to keep your gum disease under control. This is why early intervention is so important.

What Are The Signs And Symptoms Of Gum Disease?

The symptoms of gingivitis, the first stage of gum disease, are not very severe. Your gums may bleed easily after brushing and flossing, and you may notice gum swelling and inflammation, as well as discolored purplish or reddish gums and bad breath (halitosis).
‍
As the disease worsens, so do its symptoms. More advanced cases of gum disease may cause symptoms like teeth that look longer due to gum recession, tooth sensitivity to pressure, cold and heat, and a change in the way your teeth fit together. You may even experience a foul taste in your mouth.

If you recognize any of these signs and symptoms, come to our office to get help right away. Contact OG Dental to get periodontal care from Dr. O’Grady and ensure you keep your teeth and gums healthy.

Is Gingivitis the Same as Gum Disease?

Yes, and no. Gingivitis is the term used to refer to the very first stage of gum disease. This stage is reversible and causes no permanent damage to your teeth or gums. With proper periodontal care and good at-home oral hygiene, gingivitis can be eliminated.

However, gingivitis can also progress into the second stage of gum disease (often called “periodontitis”). If this happens, irreversible damage is caused to your teeth and gums, and it will no longer be possible to completely eliminate the infection. We can only control it to prevent further damage.
‍
This is why it’s so important to contact OG Dental and get care for gingivitis as soon as you notice its symptoms. Early intervention will prevent further complications and allow you to reverse the effects of gum disease.

What Are My Options For Gum Disease Treatment?

The first step for treating gum disease is called “scaling & root planing” or “deep cleaning.” This involves using special dental tools to remove plaque and tartar from between your teeth and gums, and smoothing the roots of your teeth to eliminate bacteria. Along with antibiotic treatment, this is usually enough to eliminate gingivitis and halt the progression of mild cases of gum disease.
‍
For more severe cases of gum disease, you may need to have multiple deep cleanings. Oral surgery like gum flap surgery may also be required to clean the roots of your teeth, and gum grafts may be necessary to restore damaged gum tissue.